The provisions of UK’s anti-piracy law (under the island’s Digital Economy Act) have been postponed again until 2014. The “three strike” graduate response system was designed to cut off repeat copyright infringers and file-sharers.

Among the measures included within the three-strikes system, we find broadband limitations, but it is only applied as a final solution for extreme offenders. Ofcom, the Kingdom’s communication regulator, had said in a previous statement that it would start sending out notification letters to file-sharers starting with the middle of 2013.

In the meantime, UK’s most prestigious broadband providers TalkTalk and BT intervened, arguing that the law was breaching European laws unsuccessfully. Furthermore, the UK government had faced criticism after questions were raised in a Parliamentary committee pertaining to the evidence for the bill.

Get The Full Story P2P ON! 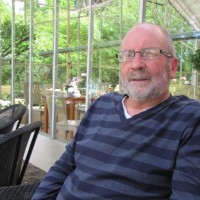